My nose bled and my ears plugged up as I spent hours of the day in flight, soaring above the clouds, as land slipped away I missed home.

Limited to single words, inflections in their voices, and body language… I understood that the children in front of me were asking my name. “Carrrla,” I pronounced, to a crowd of about ten kids that circled me on the school playground. As I enunciated each syllable, hoping they would play with me… eyebrows rose and frowned with perplexed eyes staring back at me. Few laughed, others shrugged their shoulders, a couple walked away while one peer remained to pronounce my name repeatedly, incorrect, “Kayla, Cala, Cana…” then she eventually said “whatever,” turning her back towards me. She went skipping into a distance I couldn’t reach and her friends quickly followed, dispersing into the playground to enjoy the remainder of our recess. I stood, alone, wondering what my name was and why they could not pronounce it; I felt disconnected from this new place that I was told to call ”home.”

It was in my teens when I stopped thinking in my native language before translating it to English. At this point I thought I had reached a level of mastery. I thought I spoke English well and since I was in Honors English, in high school, I had no reason to doubt my ability to communicate like all English native speakers. My parents were highly dependent on my siblings and I to translate phone calls, letters, etc. so this reassured my confidence. But one day, I was reminded that I still hadn’t mastered the language. It was during my Masters program, I was teaching a lesson in a classroom, while my advisor sat and observed. At the end of the observation she shared her critique, she focused on my accent, which she said was slight and yet she was harsh in her critique. Her words landed me on the playground, where I stood 16 years before. I sat there and listened to how she implied that my accent on particular words was neither acceptable nor intelligible to communicate to students. On that playground and in the classroom, no one had learned to pronounce my name the way I had to learn how to pronounce it with various English accents, and so here I was, once again, told that however slight my accent may be, it is not valued here. Growing up, I couldn’t understand why my parents had brought us here, across the blue Atlantic, to land that varied in seasons; in autumn, there were fallen leaves and bare branches that appeared lifeless, reaching for the stars in the ebony sky, and in the winter there was frigid ice that left me numb and fallen to my bottom, the spring had buds of hope flourishing from those same barren trees, and summer mirrored the home I left.

Home, to me, was a place where acceptance and love were never questionable, it was where I could settle and rest my worries and grievances and not be misunderstood nor judged. It cradled me in the arms of its hopes because it believed in the strength of my roots. Home could hear the roll of my tongue and feel the fervor in my tone as a warm embrace of the culture in my womb. Home once felt like the very heart of me, where the ground and the sole of my feet moved in unison to the beats in my chest, where I could not find the divide between my breath of life and the wind that escaped to the easterlies. Home knew me by name and if I faltered, acceptance, familiarity, and value of my culture brought confidence to my identity, and so I leapt from every stumble. But that day I went home and I shared the story with a couple of family members hoping to gain clarity but no one understood because everyone in my house was as foreign to this new world as I was. They spoke less English than I and for many years to come they would struggle as I would to assimilate and still holdfast to our culture.

As children, we often believe we are alone in many of life’s experiences so we suffer in silence. But time and life teaches us that many of us are simply hoping to be understood, accepted, and valued and silence will only deter us from achieving these things. As the years have passed, I’ve met many Cape Verdeans that long for a culture they were denied or led to believe it should be altered or forgotten. Generations ago many arrived on U.S. ground from whale ships. They settled on the east coast and assimilated to a culture they were learning from as life moved them along on their new voyage. A voyage that would bring in the curl of waves to alter the spelling and pronunciation of their family name; a voyage that would cause many to plant a veil over the tongue of their native language so that later generations did not learn to speak it, and some words were morphed to form anew. The Cape Verdean people do not solely own this experience, many other ethnic groups believed that assimilation was the only way to avoid ridicule and isolation and so they, too, must miss home.

All living things communicate, it is how we connect with nature and thrive. When we are denied the freedom of voice, a voice that has been woven with the roots of our identity then all we can become are the waves of sound, waves, like the gammas, that will penetrate the wiring of our brain to evoke change and create sound vibrations that will uproot oppression and shift the plates of the Earth so others may see that language is the intimacy we have with our soul. A soul that can only evolve through diversity, that to grow is to not meet at the end of the gavel where decisions are final and assimilation equates acceptance but to meet at the podium where various voices may speak their differences to the world. Here is where many could hear their own silenced identity and find voice in those that were courageous enough to not only learn of new cultures but to believe that their own culture is important enough to survive and thrive for generations to come. 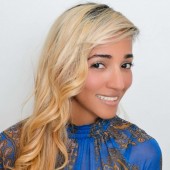